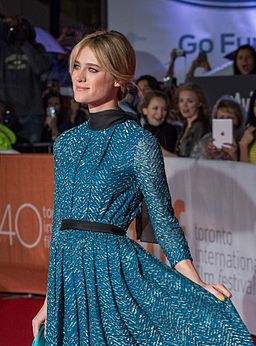 Alcon Entertainment has presented Mackenzie Davis (The Martian) as the latest addition to the cast of the upcoming Blade Runner movie (To be released worldwide on October 6, 2017). 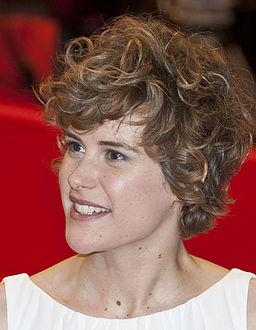 Alcon Entertainment reports that Swiss Actress Carla Juri is the latest to join the upcomming Blade Runner cast which as of now, besides Carla Juri consists of Ryan Gosling, Harrison Ford, Robin Wright, Ana de Armas, Sylvia Hoeks and Dave Bautista. Production is set to start in July 2016 and the movie is set to be released worldwide on October 6, 2017.

Alcon Entertainment’s sequel to Ridley Scott’s 1982 masterpiece BLADE RUNNER, starring Ryan Gosling, Harrison Ford, Robin Wright and Dave Bautista will now be released worldwide on October 6, 2017 instead of January 12 2018 which was the earlier US release date. Warner Bros will release the film in North America and Sony Pictures Releasing International will distribute in all overseas territories.

There are also two more actresses being added to the cast that will star in the Blade Runner sequel. Ana De Armas and Sylvia Hoeks . Cuban born Ana de Armas began her career in Spanish language film and television in Cuba, then later Spain. She will be seen in two major motion pictures releasing this August, including The Weinstein Company’s boxing biopicHands of Stone, in which she appears alongside Robert De Niro and Edgar Ramirez, and Warner Bros.’ comedic drama War Dogs starring Jonah Hill and Miles Teller.

Alcon co-founders and co-CEO’s Andrew Kosove and Broderick Johnson says “We think Ana is one of the most exciting, up-and-coming international actors in the world today, and we are thrilled she will be playing such an important part in this sequel.” Netherlands-born film, stage and television actress Sylvia Hoeks has starred in numerous Dutch and European television series and films, including the title role in the award winning Tirza, a local box office hit directed by Rudolf van den Berg, which was the official Dutch entry for Best Foreign Language film in 2010. Hoeks has been nominated for and/or won several acting awards for leading and supporting roles, including in such films as Het Meisje en de Dood, Tirza,Duska, and the box office hit The Storm, among others.

States Johnson and Kosove: “Sylvia is a radiant talent, a tremendous actress with great appeal in a wide variety of roles. Her addition to this vastly accomplished international cast is a perfect fit.”

Dave Bautista to star in the upcomming Blade Runner movie Hollywood Reporter reports that actress Robin Wright is in final talks to star in the upcomming Blade Runner movie. According to IMDB she’s already casted (and will be doing one of three strong female roles).

You can read more at Hollywood Reporter